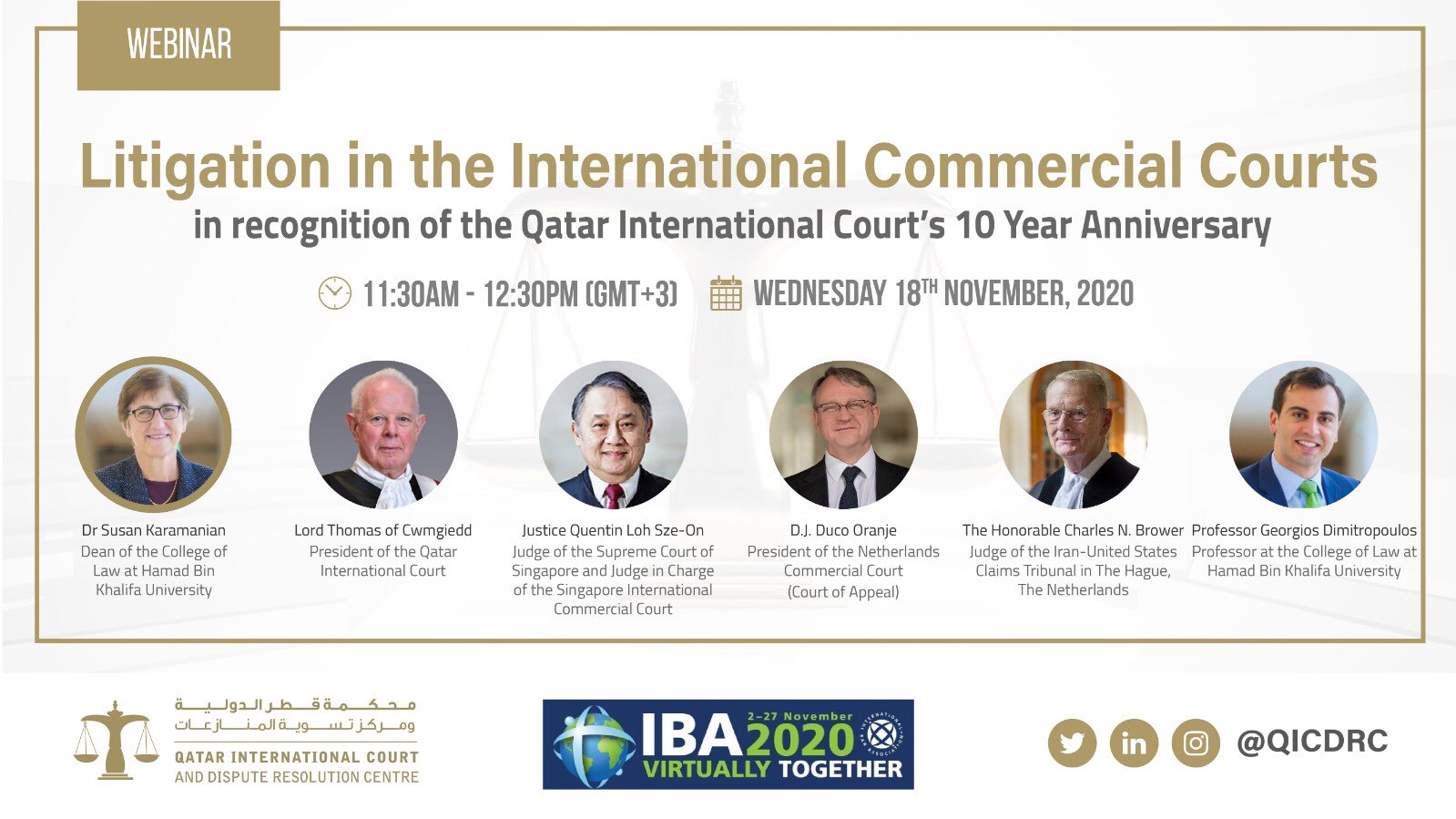 Lord Thomas of Cwmgiedd
President of the Qatar International Court

Lord Thomas has been President of the Qatar International Court since 2018. He was called to the Bar of England and Wales in 1969, becoming a Queen’s Counsel in 1984. In 1996 he was appointed a High Court Judge and was assigned to the Queen’s Bench Division, serving on the Commercial Court. In 2003 he became a Lord Justice of Appeal and was appointed to the Privy Council. He served as the Senior Presiding Judge from 2003 to 2006. In 2008, he was appointed Vice President of the Queen’s Bench Division and Deputy Head of Criminal Justice. In 2011 he became President of the Queen’s Bench Division. In 2013, he succeeded Lord Judge as Lord Chief Justice of England and Wales. He retired from that post in 2017 prior to taking up the present position in Qatar.

Justice Quentin Loh was appointed as Judicial Commissioner of the Supreme Court in 2009 and later, as Judge in 2010. Prior to that, he was Managing Partner of Cooma, Lau & Loh, a firm he co-founded in 1978. He was appointed Senior Counsel in 1999. In 2001, he moved to Rajah & Tann as an Executive Committee member before becoming Deputy Managing Partner in 2003. Until his appointment as a Judicial Commissioner, he was also Director of Maxwell Chambers, a dispute resolution complex located in Singapore.

The Honorable Charles N. Brower
Judge of the Iran-United States Claims Tribunal in The Hague, The Netherlands

Judge Brower’s professional life has been divided equally between law practice as a litigator, trial and appellate lawyer with the global law firm White & Case LLP in New York City and Washington, D.C., then as an Arbitrator Member of Twenty Essex (Chambers) in London, and public service. Latter positions have been in the U.S. Department of State (1969-1973) as  Assistant Legal Adviser for European Affairs, Deputy Legal Adviser and Acting Legal Adviser; Judge of the Iran- United States Claims Tribunal in The (1983-present); Deputy Special Counsellor to the President of the United States (sub-Cabinet Rank)(1987); and Judge ad hoc of the International Court of Justice in three active contentious cases (2014-present).

Professor Georgios Dimitropoulos
Professor at the College of Law at Hamad Bin Khalifa University and co-editor of the forthcoming publication International Commercial Courts: The Future of Transnational Adjudication

Sign up to our newsletter, so you can be the first to find out the latest news and announcements