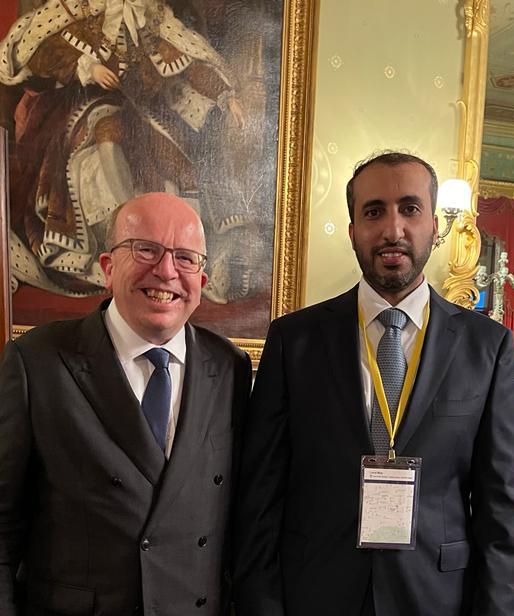 This year’s full meeting was hosted by the Federal Court of Australia and the Supreme Court of New South Wales. The world’s commercial courts gathered in person and virtually in the forum, which convened senior judicial representatives from jurisdictions all over the world and renowned speakers, to engage in dialogue related to dispute resolution, corporate legal responsibility, technology in court and in commerce, and international jurisdictional conflicts, among other vital judicial issues. The forum was attended by the President of the Qatar International Court, the Rt. Hon Lord Thomas of Cwmgiedd, as well as CEO of QICDRC, Faisal Rashid Al-Sahouti. Chairman of the Regulatory Tribunal of the Qatar Financial Centre, Sir William Blair, Co-Chaired the first theme of discussion, titled “Towards an integrated system of Dispute Resolution: Commercial Courts, Arbitration and Mediation.” In addition to the representatives from QICDRC, attendees and speakers included Chief Justices and other prominent judicial figures from around the world, including the Hon. Mark Dreyfus KC, Attorney General of the Commonwealth of Australia; Chief Justice James Allsop from the Federal Court of Australia; Chief Justice Emeritus Bart Katureebe, Uganda; Hon. Wayne Martin AC KC, Judge of the DIFC Courts in Dubai, and Lord Chief Justice Ian Burnett, England & Wales.

Qatar International Court contributed to the preparation of a Memorandum of Understanding, which was signed by the forum members at this year’s gathering. At the conclusion of the event, Qatar was announced as the host of the next full meeting of the SIFoCC. CEO of QICDRC, Faisal Rashid Al-Sahouti, reaffirmed the importance of the forum as a platform for the exchange of different challenges and complexities faced by the world’s commercial courts, in the presence of prominent and knowledgeable Chief justices and judicial figures. He said: “This was an excellent opportunity to discuss and benefit from the evolution of modern international practices while keeping up with the latest developments in the international legal and judicial arena. Specialized commercial courts have played a prominent role in supporting the investment climate and improving the business environment in the countries that have established these courts” Mr. Al-Sahouti added that Qatar’s experience in stimulating the role of the specialized judiciary has received distinct recognition and a positive response from the legal and judicial arena, where Qatar International Court has gained an honourable global reputation in dealing with commercial cases both locally and internationally. In the past, the full meetings of the SIFoCC have been hosted in London (2017), New York City (2018), and Singapore (2021). The SIFoCC was founded in 2016 when Lord Thomas, former Lord Chief Justice of England and Wales (and himself a former judge of the Commercial Court in London), issued an invitation to his counterparts around the world to come together to create the Forum, with the goal to have better cooperation between commercial courts around the world. The forum currently has 44 international members, including New York, Delaware, Australia, Singapore, Ireland, London, Dubai, Qatar, Abu Dhabi, and Bahrain.